Posts Tagged "project of the year"

PDCA Project of the Year Award

Back in April APE attended the PDCA Annual International Conference and Expo from April 25 -27th. During the conference APE was given the honor of receiving the project of the year award for projects over 5 million. The project APE received the award for was the Hong Kong-Zhuhai-Macau Bridge where the OctaKong Vibratory Driver Extractor was used to drive the 72″ perimeter piles for the reclaimed islands. The OctaKong has finished the two island and has been taken apart into 8 Super Kong Vibratory Driver Extractors and is being used in multiple ways throughout the foundation work of the bridge. We want to send a big thanks out to everyone who made the project a reality, and to the PDCA for noticing our companies largest accomplishment to date. 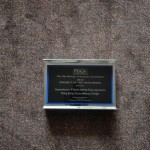 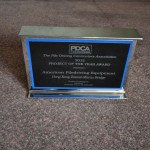 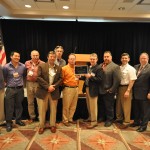 Back to Top | No Comments
Tags: OctaKong, pdca, project of the year